When Politics and Business Collide: Box and GuideSpark on Taking A Stand

When it comes to business and politics, most would agree that it’s best to keep the two separate. But companies and business leaders are finding it harder than ever to remain neutral in this charged political climate.

So what happens when politics and business collide?

While taking a public stand on an issue is risky for any organization, it can also be rewarding. In this exclusive, Slate Advisers spoke with Box and GuideSpark about the executive order on immigration to get an insider perspective on the obstacles and opportunities that arise when corporations take a stand.

Know your values and put them first

With a mission to “make businesses more productive, competitive and collaborative by connecting people and their most important information,” Box immediately recognized the need to respond to the executive order.

“I don’t feel like Box could do anything but take a public stand,” says Box Senior Vice President of People Evan Wittenberg. The decision was a no-brainer for the global company. “We deeply value openness and inclusion...Everyone can make a great impact at Box no matter who they are, where they’re from, or what they believe.”

For a company like Box, innovation is at the core of everything it does. “We need the best ideas,” Evan says. “And all the best ideas don’t just come from Silicon Valley or the United States. They also don’t come from any one person or one background.”

Given that eight percent of Box employees are on some type of visa, the executive order affects a significant portion of the organization. “It was totally expected by our people that Box would speak out on issues like this that impact us directly,” Evan adds.

In its response to the immigration order, Box focused on the policy, and “not the person, the party, or the politics.” Boxers of all backgrounds appreciated the nonpartisan approach because it showed the company's willingness to support its employees.

So how did Box make this connection so quickly, and how can other companies do the same?

“Figure out who you are,” Evan advises. Box has done the hard work of defining its values and building a culture that constantly reinforces them. So when questions arise of what do regarding contentious issues, like the executive order on immigration, everyone is on the same page.

“Normally, I try to keep personal and business issues separate,” says the Silicon Valley veteran, a sentiment many business leaders can relate to. As a CEO, Keith knows the challenges of mixing personal opinions with business objectives. Yet, Keith believed he could do it in a way that was consistent with his personal and professional beliefs.

Because of the experiences of his father and grandfather in a Japanese internment camp, Keith saw a connection and published a thoughtful article tying the two policies together. Although he was hesitant to share his family’s story given the sensitivity of the topic, Keith thought it important to add a new viewpoint.

Moreover, Keith’s perspective amplified the work of GuideSpark, a platform that empowers companies to engage with their employees. Keith understands that the current executive order on immigration could be a barrier to GuideSpark's goal of helping companies flourish.

Organizations focused on scaling are just as focused on getting the right people with the right skills. As Keith puts it, talent is first and “who they are and where they are from is secondary.”

The takeaway for other companies trying to figure out what to do?

Affirm your company culture (a.k.a. talk the talk and walk the walk)

Although the current political climate has its challenges, Box and GuideSpark both used it as a chance to affirm company culture.

This is critical because employees are looking for their company to do the right thing, not just say the right thing. Evan notes that people “have a lot of choices of where they could be working, and they want to work somewhere that is aligned with the values they care about.”

For example, while Keith couldn’t predict the response of his employees to his article, he was pleasantly surprised by the positive feedback. His employees appreciated his candidness and felt they knew him better as a person and as a leader. Keith’s bold move to share his family's story strengthened connections throughout the company and reinforced its culture of welcoming people of all backgrounds.

Slate Advisers is a career transition services firm that takes a more innovative approach to outplacement, accelerating employee transitions and delivering measurable results. We work with companies amid team reorgs, acquisition integrations, and other employee exits. And, by supporting smoother departures, we help protect the company's employment brand and morale. Our clients range from venture-backed startups to the Fortune 1000. 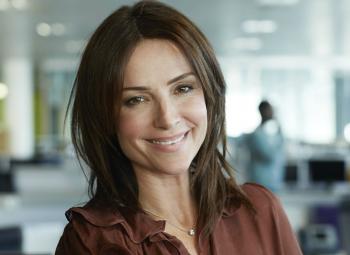 More
CHRO Report Card: What the gaps tell us about the future of HR

The gap between what companies want from their chief HR officer (CHRO) and what they believe their CHRO delivers is striking.  Based on 362 companies surveyed by Harvard Business Review (full report here)... 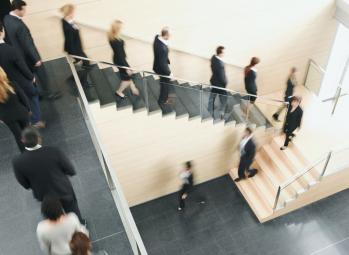 More
The 7 Worst Mistakes Companies Make When Laying Off Employees

As if layoffs aren't painful enough, many companies make matters worse by handling them poorly. From mass layoffs via conference calls to withholding vacation payouts and severance, these are the worst mistakes I've seen. 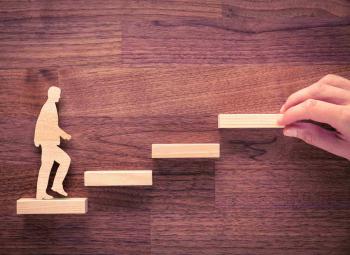 While any number of paths can lead to success (or not), rapid workplace changes are making many long-held assumptions obsolete. After years of working with many successful CHROs, we’ve identified trends and suggested responses to help HR professionals navigate their careers towards promotion, be it to manager or CHRO.