The Future of HR is Here - Q&A with Steve Cadigan

A sought-after figure in Silicon Valley, Steve Cadigan is the go-to person for organizations looking to optimize their most important resource: people. As the head of Cadigan Talent Ventures, Steve shares his expertise with companies all over the world, including Square, Airbnb, and Twitter.

Although Steve doesn’t have a crystal ball, the leading talent expert does have a few insightful predictions about the future of HR. It’s a future that involves digging into data, crossing the digital communication divide, and creating culture beyond the walls of the HR department. And in many cases, that future is already here.

Slate Advisers: Before we jump into 2017, can you share some reflections on 2016? In particular, did you have any predictions for the previous year that did, or did not, come true?

Steve Cadigan: I did believe going into 2016 that one of the things that was going to proliferate in HR was a focus on analytics and data. People insights. What I saw happen this year was an explosion of job titles in the HR function. For example, on LinkedIn there are about 29,000 people currently holding the title "talent analytics" or "people analytics. And there's 4,000 open jobs on LinkedIn today, right now, with “talent analytics” as a skill that's needed.

What's also cool about this year is the shared ownership of the human resource function beyond the walls of the HR team. There's an increasing recognition that things like recruiting are best performed when the hiring manager, not the recruiter, is co-piloting or even driving the recruiting process. There’s an understanding that HR doesn't "own" culture. HR is a facilitator in helping the leadership recognize their identity and work towards an enterprise-wide focus on culture.

In this era of increasing job movement and declining tenure, organizations are realizing that they have to be clear on their identity and have to be a desired destination. And that's all about being more self-aware, and once you're self-aware, you’ve got to let the world know. You want to be a place where the best people want to be. And the way you get the best people is not through some large advertising campaign, it's through creating experiences that your employees tweet, post, write about, and share. Prospective candidates believe the word of a potential coworker more than they do some advertisement.

SA: Looking at the year ahead, organizations are facing many external unknowns, such as a new political atmosphere. With that in mind, what are some of your predictions for HR in 2017?

SC: What I see as one of the biggest challenges that we face as organizations today is that how we drive real, personal connections in a universe filled with technology-facilitated communication.

SA: Can you unpack that a little bit?

SC: A lot of how we communicate is through a device. More eyeballs are increasingly facing a device than another human, and this is going to create friction in organizations. Do you build trust faster via a device or face to face? I think we're going to start to face friction in this sense of disconnection.

What's really an opportunity for human resources is to create that community in an organization and that's a pretty cool thing. We've always talked about work-life separation and I think that discussion is over. It's not a fruitful conversation. We have to learn how to integrate better, not how to separate better. Because the reality is, work can find you anywhere. In an airplane, on an island, work is always there. So how do we reconcile the reality of a permanently connected, plugged-in universe and do it in a way that doesn't burn people out? That's one of the big things that we're going to have to confront in 2017.

SC: Predictive analytics is really going to explode in 2017. There's one company I'm going to call out because I think they're leading the way. It's called PearlHPS. They have invested millions of dollars and years of research into teams. And they have found they can predict with a 90 percent likelihood if a team will be successful if it has certain components they deem are necessary for a team to succeed. Who wouldn't pay for that? And what wouldn't you pay for that?

The last big one is that we're going to see organizations use HR to build more personal experiences for people in the workplace. We're moving towards careers more as experiences and adventures than jobs.

SA: To follow that up, is there anything that makes you nervous or concerned when thinking about the future of HR in 2017?

SC: I'm very concerned about who's in the White House and how they will treat immigration. I'm concerned that talent that is in the U.S. from other countries will feel insecure. If you're insecure, you're not performing at your best. If you carry fear, it's hard to look forward.

The second concern is that we don’t recognize the ways that technology is distracting us from investing time in being better connected. That we over-index on communicating with each other through devices and lose the ability to communicate effectively in a live setting.

And I'm really worried about burnout because technology has turned work into a 24/7 exercise. I think that has a real, dark downside. Because of technology, it's not just that you could work 24/7, but people have the expectation that when they send you stuff they will get a response immediately.

SA: If you have to give you HR professionals one piece of advice for preparing for 2017, what would it be?

SC: This year you need to be very immersed in making sure you have technologies and systems that are providing you with insightful data and information. HR is the people place, we're not the systems place, but we have to recognize that we need to be data ninjas and really beef up our own capabilities to become data savvy. We’re getting to a turning point where there are systems out there that we can use that are going to give you really invaluable insights. That is an uncomfortable transition for many people. However, we need people building systems that actually track behaviors to find insights to unlock the magic of what people really have to offer.

Slate Advisers is a career transition services firm that takes a more innovative approach to outplacement, accelerating employee transitions and delivering measurable results. We work with companies amid team reorgs, acquisition integrations, and other employee exits. And, by supporting smoother departures, we help protect the company's employment brand and morale. Our clients range from venture-backed startups to the Fortune 1000.

Steve Cadigan is on the Advisory Board of Slate Advisers. 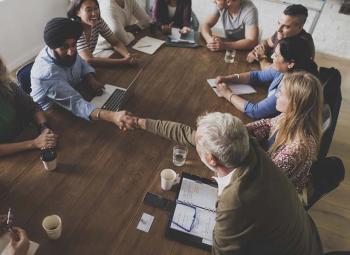 It’s impossible to read the news and not think about its implications for HR. From Hollywood to the tech sector, it’s clearly time to establish new norms for the workplace. Creating an inclusive workplace is an obvious starting point, but also a gargantuan task. Nonetheless, there are meaningful ways that HR leaders in companies of all sizes can create healthier corporate cultures and build more inclusive workplaces without a big budget. 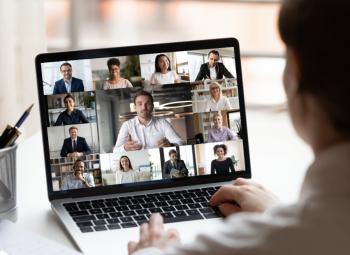 Staff reductions are hard in any circumstance, but the combined realities of the staggering unknowns and human toll of the pandemic, the bleak job market and the complications associated with team members working from home are forcing businesses to re-evaluate long-held practices and invent a new playbook to navigate layoffs in the coronavirus era. 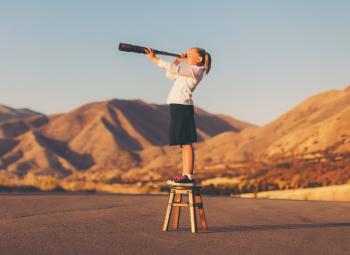 More
My top 5 predictions for Learning & Development in 2021

L&D teams have always been responsible for arming employees with new skills and new learning opportunities. As we enter 2021, here are our top predictions for where L&D leaders will be focusing their energy.